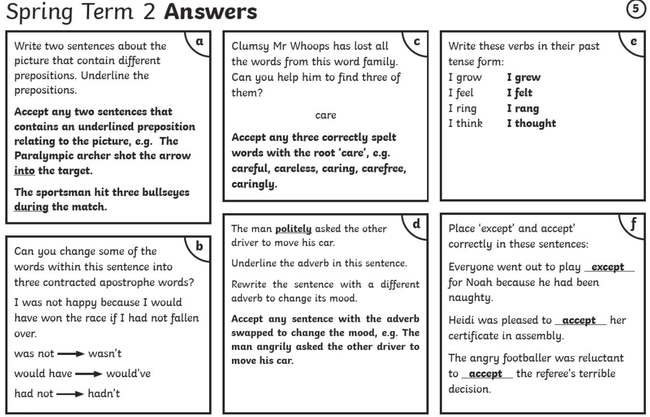 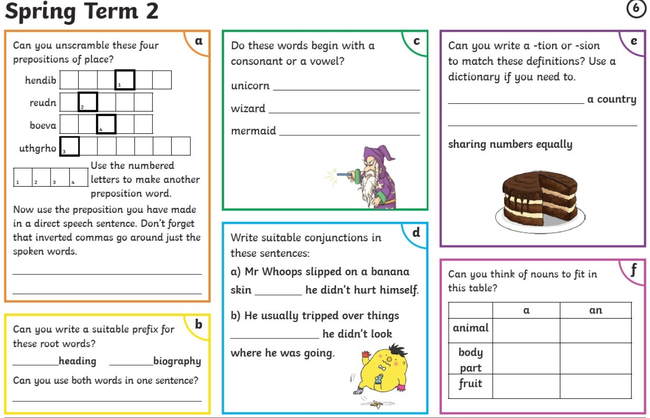 a) Think of all the place prepositions you know and see if the letters contain the same letters as what is on the sheet. For example, the fist one is "behind".

b) A "prefix" is a letter or a group of letters that go at the start of the word, usually to change the meaning of the word. For example:

consonant - any other letter

Or common (subordinating) conjunctions such as "because."

e) Think of a word ending in "tion" that means the same as "country."

Think of maths - when do you share numbers equally? When multiplying?